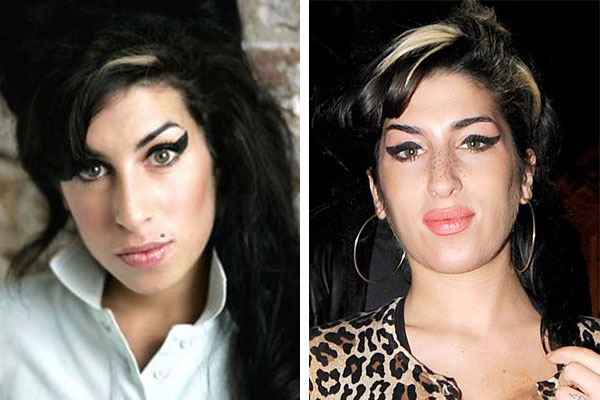 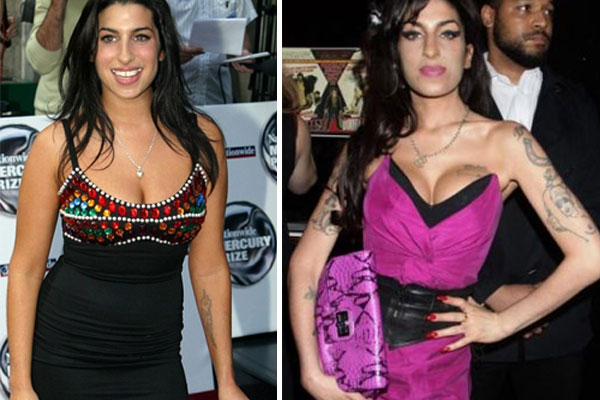 British singer Amy Winehouse was found dead at her home in North London over the weekend. She now is in company of the “27 Club”. Jim Morrison, Kurt Cobain, Janis Joplin, and Jimi Hendrix were also famous singers who struggled with substance abuse problems and died at the same age as Amy Winehouse. In addition to her soulful songs and tragic drug problems, Amy was widely recognized for her bee-hive hairdo and exaggerated black winged eyeliner.

Amy dabbled in Plastic Surgery and had a couple of noticeable procedures such as lip injections and a breast augmentation.