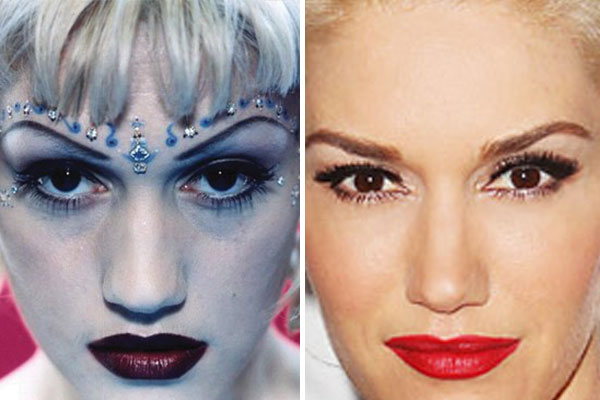 Gwen Stefani’s life is surely more hectic than ever these days chasing around young sons Kingston and Zuma everywhere they go. Add to that a music, fashion, and perfume career and you’ve got your hands full!

Here is a before and after picture of Gwen posing in one of her fashionable Lamb frocks but there are some major photoshopped differences. Skin smoothed of imperfections, under eye circles gone, eyes whitened and brightened, lips defined… and on and on. Wish we had a photoshop brush in our makeup kit at home to!