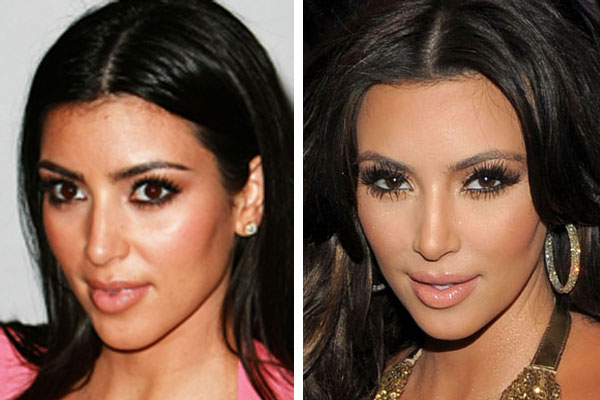 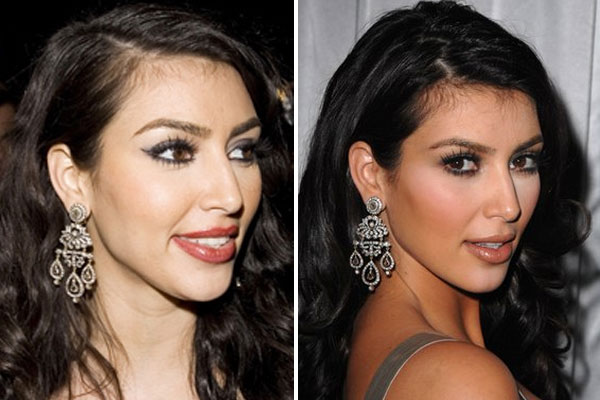 Kim Kardashian is loves the spotlight, she has practically built herself up from the ground to an estimated $35million dollar worth. But has she also had nips and tucks to project her perfect Hollywood image? There have been rumors of Kim having everything from butt implants, botox, liposuction to breast augmentations, but lets take a look at her rumored nose job.

As you can see from the before and after photos it does look as though her nose has changed a bit.  A little smaller and the tip has changed. Kim claims she is all natural and has never had any work done. But her ex husband begs to differ and has even given interviews claiming he has paid for multiple cosmetic surgeries for Kim. Do you think she’s stretching the truth?