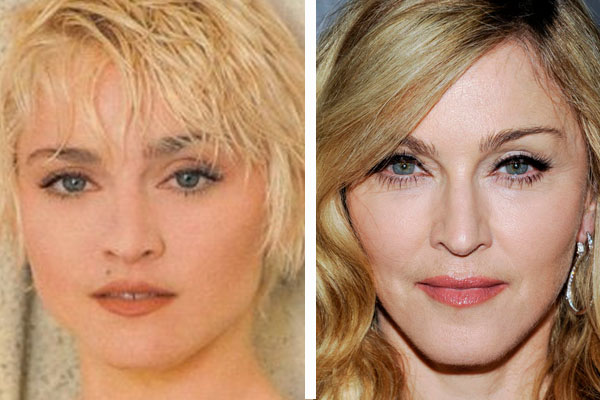 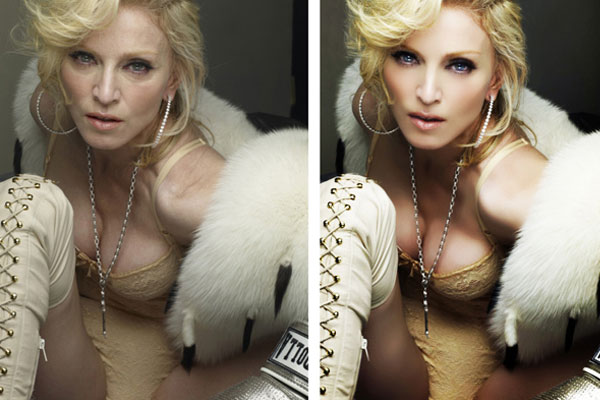 Madonna is known for keeping her look fresh, but in these before and after pics she looks like she has gone past her expiration date! In the pictures it looks like the photoshop artist altered her skin color, under eye bags, wrinkles, eye color, nose, and clavicle bone. It is truly amazing the changes that can be made to alter ones appearance these days. So remember, looks can be deceiving, almost 99.9% of all pictures you see in magazines, posters, and CD covers have been dramatically altered.