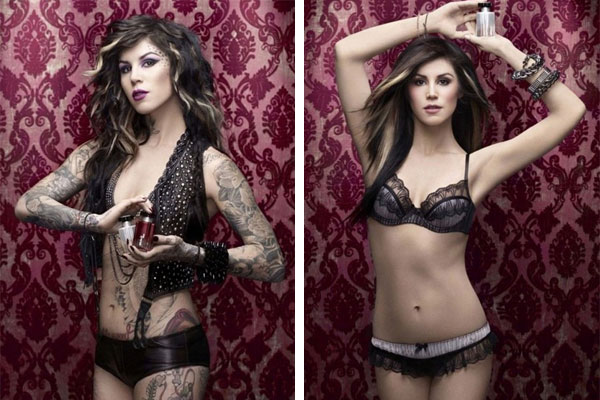 Kat Von D’s Tattoos have made the TV personality who she is today, but what would she look like without them? These unbelievable before and after photos are of the hot LA Ink star on the set of a Sephora photo shoot for a perfume the artist was promoting.

Kat Von D does look stunning in both the before and after shots, but that’s thanks to the miracle of photoshop. Check out the pics below of the tatted up star with pounds and pounds of concealer on to cover all the black ink under her skin. 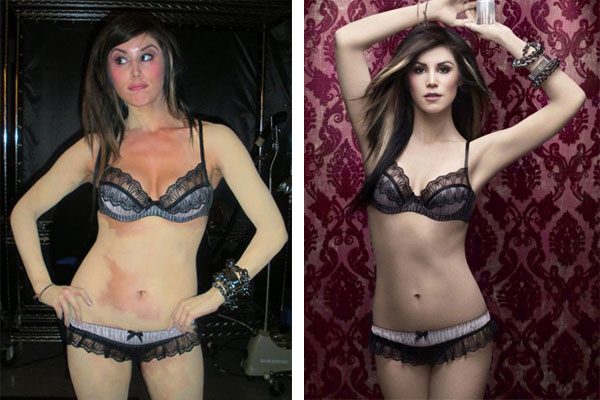 Kat Von D is now pushing her own line of tattoo cover up, but if it’s anything like this, you might as well invest in turtlenecks and trench coats! What do you think of this Hot Mess? Does she look better with or without tattoos? 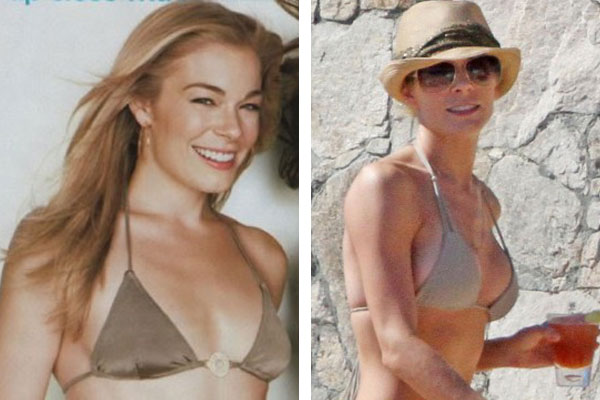 Looks like Country Croon Leann Rimes bought herself a new pair of knockers for her fiance Eddie Cibrian. What’s so weird about it though is that Leann is rumored to have gone to the same surgeon who did Eddie’s Ex wife Brandi Glanville, and then, asked for the exact same size! Creepster alert!

Apparently this isn’t the first time has pulled a “single whit female” on her fiance’s ex either. Glanville was pissed when Leanne “invaded her space by purchasing a house a block and a half away from her. It is rumored Leann has also purchased many of the exact same things as Brandi. Eonline says “She has bought the same Alexander McQueen purses as Brandi, the same YSL shoes, her hairstyle, her sunglasses,” rants the friend. “Imitation is the sincerest form of flattery, but this is just getting creepy.”

What do you think of all this, one big coincidence, or is Leann bordering on stalker territory?
wp-image-775″ />

Rising Star Kesha wasn’t always so glam and accessorized, it takes a whole team of people to put together a look as original as she usually looks.  Take a look at this photo of her from High School when she was just your average angsty teenager.  It also looks like Kesha was able to lose some weight in her transformation to chart topping singer as well. Looking good Kesha!