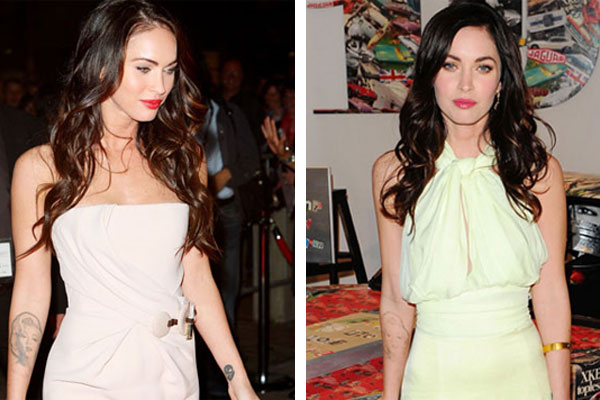 Hollywood Hottie Megan Fox is well known for her love of tattoos, but it looks like she may have regretted one of her most prominent ones. On Megan’s right forearm is a tattoo of her idol Marilyn Monroe whom she had tattooed on herself to as a warning.

“I really admire Marilyn Monroe, but I would never try to emulate her. I got the tattoo as a warning,” she said in 2009. “It warns me not to let myself be treated so badly by the film industry so that it breaks me down.” 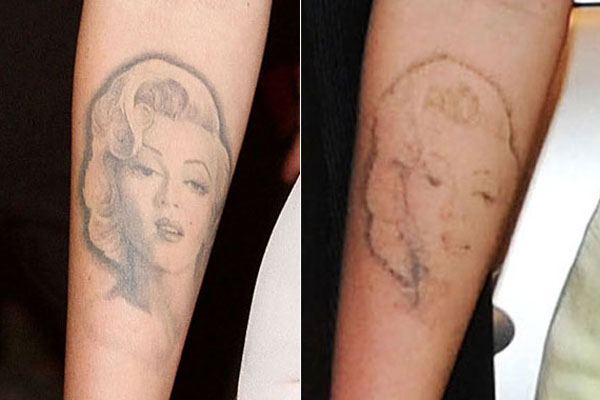 The actress is life-long fan of Monroe, once saying that she was afraid she might die early like the screen legend.

“I basically read every book ever written about Marilyn Monroe,” Fox told Wonderland magazine in 2009. “I could end up like that because I constantly struggle with the idea that I think I’m a borderline personality – or that I have bouts of mild schizophrenia. I definitely think I have some kind of mental problem and I haven’t pinpointed what it is.”

Megan has eight known tattoos located all over her body and you can check out each ones location and individual meaning on our previous post HERE.

One thought on “Is Megan Fox Regretting getting Inked?”