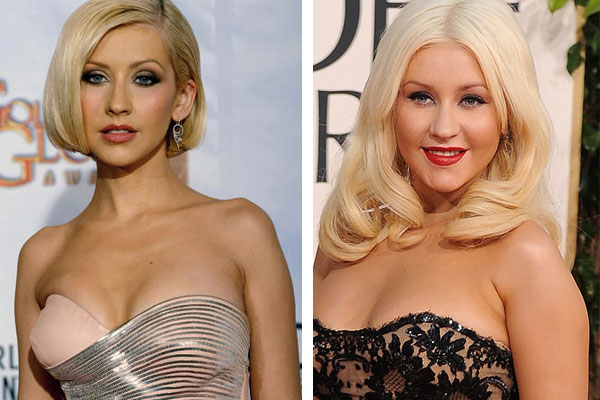 These pictures are taken from only one year apart, but man, what a difference one year can make! Christina Aguilera has always been a celebrity who’s weight fluctuates up and down over time, but this is a major difference in poundage. Christina has recently been making headlines for her hard partying ways and it can be difficult to drag yourself to the gym when your hungover. Maybe her recent divorce has put to much stress on this young mother, but damn girl, get it together!